“Amateurishness: (Re)Maker Cultures and the Promise of Participation in Digital Media”

The presentation outlines a critical perspective on the promise of participation inscribed into and articulated by ‘new media environments’. Examining user-generated adaptations of film and music video clips as part and parcel of ‘(re)maker cultures’ in digital contexts, Martin Butler would like to shed light on how options for and limits to participation as well as its subjects are created in different settings. In so doing, he will identify one subject position that seems to be particularly suitable for these complex and highly ambivalent arrangements: the amateur, who is featured as the protagonist in narratives of both democratic empowerment and neoliberal exploitation. Governed by the “wish to be creative” and the “imperative to be creative” (Reckwitz) at the same time, the amateur, participating in the production and dissemination of different cultural forms and formats, can thus be understood as a ‘social figure’ both shaped by and indicative of processes of larger social transformation and their often conflicting discourses. Amateurishness, accordingly, turns out to be a central, and highly ambivalent, feature of (re)maker cultures and their subjects in new media environments.

Martin Butler is Professor of American Literary and Cultural Studies at the University of Oldenburg, Germany. His research focuses on popular culture, specifically on forms and figures of cultural mobility and cultures of participation in new media environments. Apart from a broad range of articles in these fields, he pub­lished a monograph on Woody Guthrie (Voices of the Down and Out, 2007) and co-edited nine essay collections, including Sound Fabrics: Studies on the Intermedial and Institutional Dimensions of Popular Music (2009, with Patrick Burger and Arvi Sepp); Precarious Alliances: Cultures of Participation in Print and Other Media (with Albrecht Hausmann and Anton Kirchhofer, 2015)  as well as a volume on Resistance: Subjects, Representations and Contexts (2017, with Paul Mecheril and Lea Brenningmeyer).

A guest lecture of the Centre for Intermediality Studies in Graz (CIMIG) in cooperation with the Doctoral Program “Visual Cultures and Intermediality“ and the Department of American Studies. 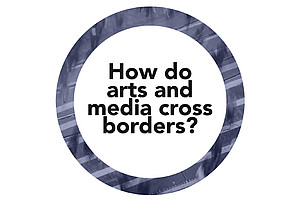 News from the CIMIG Council